Yes, 2015 is set to be the most exciting year to date for Health Tech in London after 3 years of continued innovation, investment and awareness in the industry. Startups across our capital city are busy solving real life problems within the Healthcare industry and now people are starting to take note of the potential impact and reward technology can deliver in a massive hundreds of billions dollar market. Venture capitalists, journalists, patients, healthcare providers, media owners, publishers etc. .. the list grows every day of people directly contributing to London’s emerging HealthTech ecosystem.

Making big statements is easy, so where is the proof ?

First of all let’s start with an overall view of the Digital Health / HealthTech market. An excellent illustration of how the digital health market has evolved can be illustrated by Stephen Davies and his colleagues at Bionicly. (http://bionicly.com/digital-health-hype-cycle/)

In their own words “Many of the emerging digital health technologies are at the beginning of the hype cycle which is not surprising given digital health is still in its infancy. As the market continues to develop however not only will these technologies move further around the cycle but new innovations in health that are currently unknown or have yet to be invented will come in to the fold too. It’s very likely next year’s version will look dramatically different to this one.”

Based on this hype cycle, Digital Health reminds me a lot of Berlin – lots of positive energy, belief, investment, disruption and talented people … but no billion dollar exits or blockbuster IPO’s. However this does not mean Digital Health like Berlin is not set for stardom and massive success, in London today start-ups like Zesty, Babylon, Big Health, uMotif, TrialReach and HealthUnlocked are all set for stardom as HealthTech builds into one of the most exciting growth markets alongside Cyber Security, Big Data and Mobile Payments. 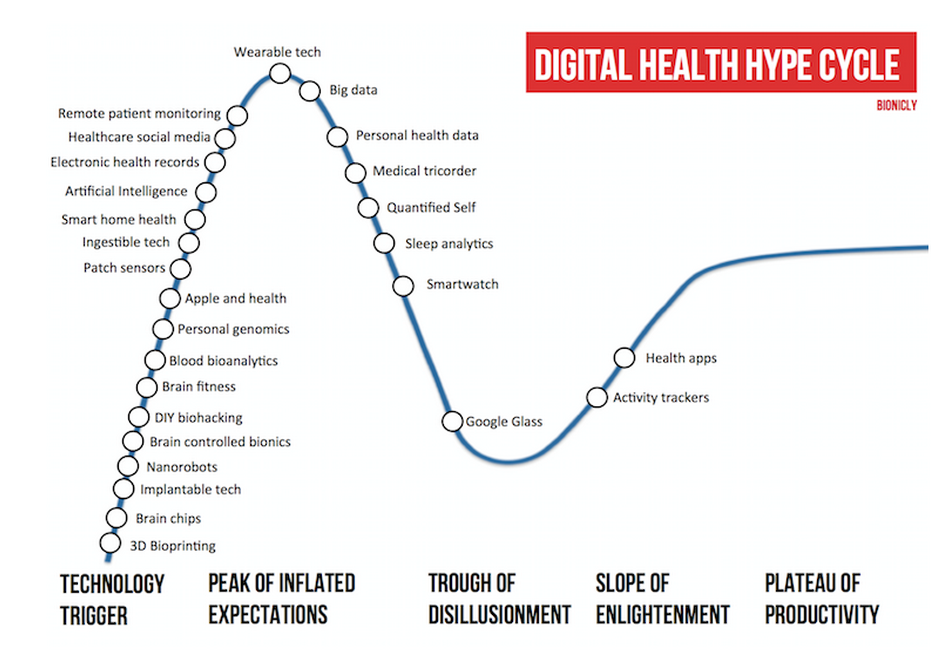 Secondly, let’s look at the key contributing factors why FinTech emerged successfully in London and compare with the HealthTech market. A good place to start is the UK Trade & Investment report entitled “Fintech : The UK’s unique ecosystem for growth” (https://www.gov.uk/government/uploads/system/uploads/attachment_data/file/341306/Fintech_-_The_UK_s_unique_environment_for_growth.pdf) 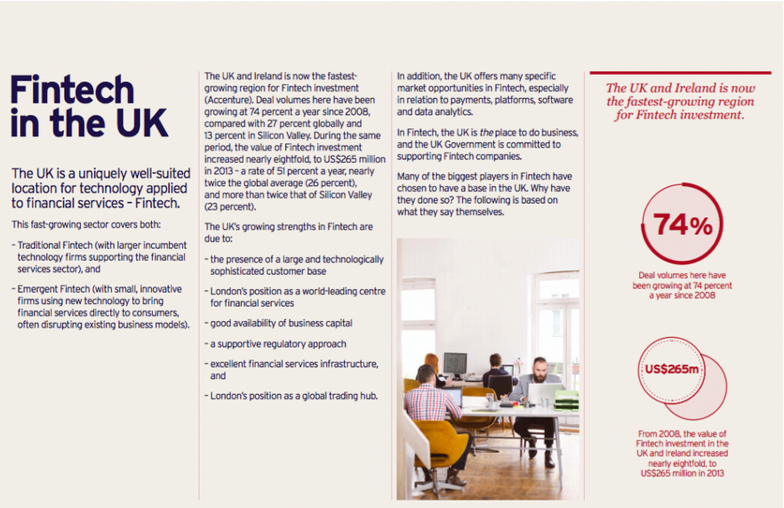 The report highlights 3 main factors which directly accounted for Fintech’s success and which can also be applied to support HealthTech’s impending success in London :

1) The presence of a large technologically sophisticated customer base

Just like with FinTech, the HealthTech market can directly benefit from London’s large technologically sophisticated customer base of both patients and healthcare practices. For example, NHS Choices launched its own Health Apps Library in December 2012 and now has over 250+ health apps available to the public, the majority of which were designed by London based developers.

Just like with FinTech, the HealthTech market can directly benefit from London’s large network of angel investors, venture capital funds, family offices and corporate funds. For example today TrialReach, one of the 10 examples I have highlighted earlier in this article raised a large $13.5M Series B round of funding from 3 of London’s leading venture capital funds, Smedvig Capital, Octopus Investments and Amadeus Capital.

Just like with FinTech, the HealthTech market can benefit from a supportive regulatory approach, mainly by the UK government who is actively embracing public/private partnerships. Three examples to support this would be the launch of Med City by Boris Johnson, the new £50m “Challenge Fund” for GP services launched by David Cameron and finally the UK Government’s HealthX competition. On offer at HealthX is £15k of seed funding and the ability to market to Public Health England’s database of 3.2 million UK citizens and on the NHS Choices website (with more than 1 million visitors per day).

Thirdly, lets look to the future, what signals are there to support HealthTech’s growth in 2015? 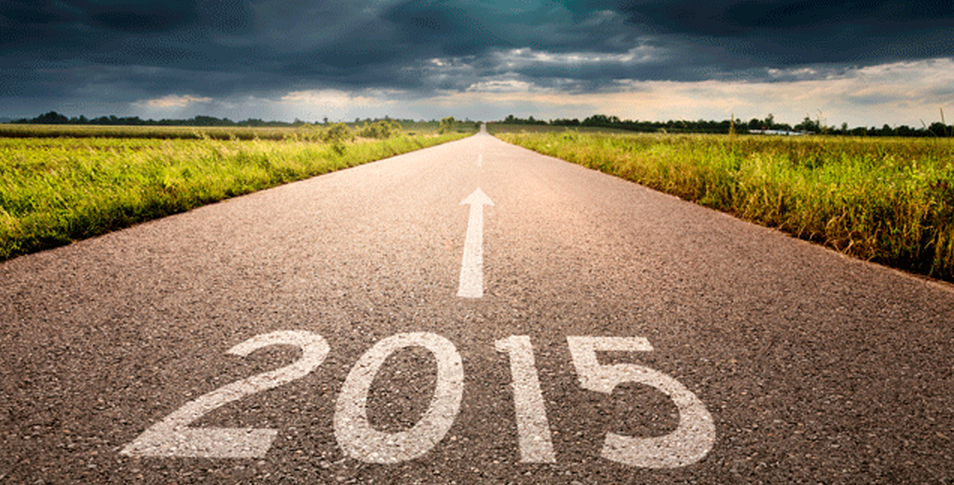 what signals are there to support HealthTech’s growth in 2015?

For starters let’s look no further than the centre of our government, the Houses of Parliament. Less than 2 weeks ago, my co founder and Zesty CEO James Balmain sat on a distinguished panel of Healthcare industry leaders at a PICTFOR event debating “Digital Health: How can technology transform the NHS?”. The fact that MP’s, senior members of NHS England, CEO’s of HealthTech startups and the public can come together in London to openly discuss how the use and application of technology can transform the NHS is a major step forward paving the way for London’s success.

Next, let’s scale down a bit from the government to what the corporate world thinks. No need to look any further than one of the big 4 accountancy firms, KPMG. February is HealthTech month at KPMG’s High Growth Tech Group, in their own words “for four weeks we will be publishing HealthTech blogs, featuring HealthTech start-ups, and hosting specialist events and drop-in sessions. Interest in HealthTech is continually growing: reflected both by the number of new HealthTech companies and by investment into the sector. In 2014, health was Google Ventures’ biggest investment area, with over 35% of their investment into HealthTech and life-sciences companies. This was a significant increase on the 9% invested into HealthTech in both 2012 and 2013.”

Finally, let’s scale down further to small businesses and Startups. I am not the only one who strongly believes 2015 will be the year HealthTech emerges in London. For example Cosima Gretton recently outlined a number of very important points in her blog post for Capital List. In her own words … “2014 was the year for Fintech. Interest soared beyond just seed and angel to series A and B financing, including Richard Branson’s investment in Transferwise and DueDil’s $17M Series B financing round. Digital Health, meanwhile is gaining momentum.

According to Rockhealth, by just Q2 of this year digital health funding in the US exceeded the total for the whole of 2013. Europe is catching up. Will 2015 be the year for European Digital Health? In the UK at least is certainly looks like it. The convergence of multiple factors is setting the stage for a boom in the digital health market.”

2015’s future is bright, the future is HealthTech!